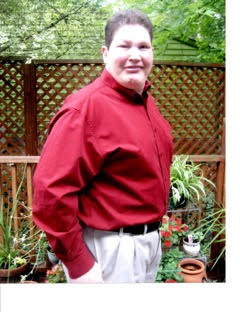 My son, Philip, was 15 years old when he began to express concern that he had not yet started puberty. I wasn’t concerned because I had been a late bloomer. I did make an appointment with our family physician as I thought it a good idea to reassure Philip. The family physician suggested we see an endocrinologist. To be perfectly frank, I thought they would reassure him that everything was fine or they would give him a pill and send him home.  The doctors walked into the room and said they thought we were looking at a brain tumor. Tests confirmed the tumor. It was not located in a place in the brain that they could go in and do a  biopsy. The doctors thought that it was a benign tumor.  Philip was put on total hormone substitution which is complex within itself as each drug reacts to every other drug. We were frequently in a struggle to find hormonal balance. At about this time there was some concern shown about his liver function on blood tests. The doctors indicated that it was undefined and nothing to be concerned about.

About two and ½ years later,  the tumor had grown and was then diagnosed as malignant (cancerous). Philip had radiation during his first year of college. Shortly after radiation he seemed to take a downward turn in that he was oftentimes sleepy and very listless. It was hard for us to determine if it was psychological or physiological so we started with some counseling and sought out physicians who could help in determining what was happening. A pet scan showed that he had had a stroke shortly after the radiation and the doctors determined that  the stroke was the cause of the deterioration.

Over the years he has had multiple bouts with a variety of medical conditions, including several mini-strokes and one major stroke that left him with left-sided weakness.  Because of that major stroke, he also struggles with a little bit of slurred speech, short term memory issues and occasionally, some confusion. He is currently 40 years old and has now been fighting this battle for 25 years. Over the years he has struggled with low energy and many complications that at times necessitated hospitalization.  As we look back now we realize that a lot of his medical problems were related to liver disease all along.

The crisis we are now facing started around July 4th, 2010. For weeks we had been looking forward to spending the 4th of July with my son and his wife in Atlanta. They had just moved there from Las Vegas. They had purchased a new condominium and we were very excited about seeing it and all the work they had put into it. Several conversations took place between my son and and I prior to making the decision to visit and to stay at their new home. Philip has a tough time negotiating stairs because of the left sided weakness from his stroke, and since this was a 3 story condo, I was concerned about how Philip would fare. My son  assured me that Philip would have everything he needed on the main level of the condo.

We arrived to Atlanta late in the afternoon after driving about 4 hours from Charlotte. As expected, Philip was a bit tired from the trip. It frequently takes him 24 hours to recover from travel so there was no apparent reason to be concerned. The next day we had a lovely invitation to have lunch at the home of my daughter-in-law’s sister. This was a very sweet invitation and we very much looked forward to the visit. As we were preparing to leave for their home, Philip advised us that he was much too tired to go and would be staying back. Again, it is not unusual for him to be tired after travel so we were not overly concerned. We had a beautiful lunch and a wonderful visit and returned back to the condo. Philip was still in bed but we were able to coax him to get up and get out for a quick dinner. We returned home and again he went right to sleep. We noticed that he was not eating much, but again not that unusual.

The next day he still seemed rather exhausted as we headed back to Charlotte.  We had not done anything exhausting, yet my son expressed the feeling of exhaustion several times during the day. We arrived home in time for dinner and he stayed to join us. We took him back to his apartment pretty early as he really wanted to get more sleep. The next day was Tuesday and still he was exhausted. I took him to the doctor and they ran several blood tests and found that his blood platelets were low. Although this is not unusual for him,  the fact that he continued to be so exhausted was of concern to both myself and the doctors. I consulted with the doctors several times and we all agreed that until there were more symptoms, we were probably okay waiting this out.

That evening, Philip called and said he was still exhausted and didn’t want to be alone in his apartment. We picked him up and planned on him spending the night with us. About midnight he called out for my husband, Shelly, who found him on the floor throwing up. Shelly helped him back to bed and cleaned up. About two hours later I got up to use the bathroom and heard him calling again. My husband bound out of bed and found him on the floor again. Somehow, Shelly managed to get him back on the bed. When I walked into the room seconds later, he was unresponsive. I immediately called 911. The Charlotte fire department and the ambulance arrived within minutes. We were soon to learn that Philip was suffering from encephalopathy, which in plain words means that the liver is in such bad shape that the body, including the brain, is being poisoned. He was immediately put into ICU . His kidneys shut down. They pushed tons of fluids and the kidneys started working. They treated the liver dysfunction by causing  medically induced diarrhea that cleaned out his system. Within  a few days he was moved out of the ICU. He became very upset because his body was now so weak that he was unable to move his limbs. After several more days,  he was transferred to a rehab center and shortly thereafter,  discharged home.

He continued with physical and occupational therapy as an out-patient until he once again became so weak that he was unable to sit up in bed. Again we called for an ambulance and again they put him in the ICU. Attributing his symptoms once again to liver disease,  it was decided after much examination and deliberation, to transfer him by ambulance to UNC Chapel Hill to work him up for a possible liver transplant. The Charlotte doctor told us point blank that Philip had “no future with his liver”. Chapel HIll is about 2 1/2 hours away by ambulance and  it was not an easy trip for Philip as he was very agitated and unable to hold still. I later learned that this was a symptom of encephalopathy. They tried giving him something to calm him down because they were afraid that he would fall off of the gurney. It actually made the agitation worse. They tried another medication and this time he was able to fall asleep. When we  arrived at the hospital he was immediately put into ICU. The goal was to get him well enough to evaluate him for a liver transplant.  After much diagnostic testing, it turns out that he has pulmonary hypertension and a pulmonary shunt caused by the liver disease.  These complications need to be controlled for 3 months before he can be placed on the transplant list.  As you can imagine, this was pretty devastating news. The bright spot of the entire UNC experience was that my sons and their families showed up to visit!  We all got to spend some really quality time together. One son and his wife drove up from Atlanta; and my other son, his wife, and my two precious grandsons drove down from NY….All paths converging in Chapel Hill to become one family, bonded in our deep love for Philip… and each other.

The question is “why my son? my sweet precious little boy with the kind gentle soul, why him?”  Shortly after his original diagnosis, I was sitting in a room and gazing outside at five trees. They were all the same size and clearly they had all been planted at the same time. Four of the trees had grown perfectly straight and beautiful and one of the trees had grown crooked. I looked at them and answered my own question… “not everything in life is perfect. There is imperfection in life.” For a while, I was satisfied with that answer. It wasn’t anyone’s fault. It wasn’t that G-d was punishing him. It wasn’t that he had been bad in a previous life. As the years have progressed, I have come to realize that Philip stands out as an example for all of us to emulate. He remains the same kind and gentle soul without bitterness or anger. He loves deeply and greets every person he encounters with a warm smile and sincere interest. He has a passion for life, even though it has not always been kind to him. He strives each day to be the best he can be. He works hard to make each day count for something good. He does all this even as he struggles against  physical challenges. In his own quiet and gentle way, Philip inspires others to greatness, humility and a search for their own significance in life.

Many marriages end in divorce for one reason or another when a child is chronically ill. Shelly and I have found in our own marriage, however, that our relationship is stronger than ever. Watching our son navigate from one crisis to another has created a bond of love and admiration between Shelly and I that is unbreakable. When you watch your husband cradle his 40 year old son in his arms with unending love, devotion, empathy and patience, you see the true meaning of love… of parenthood… of partnership.  And you know how very lucky you are that God united your souls together to care for this uniquely special son. To know Philip is to love him.

As an aside, I think it is critical to mention that from the very beginning of this journey, my husband and I made a commitment that we would be completely honest and upfront with Philip. He is actively involved with every decision concerning his health and his decision is always the final decision.

This is where the journey has taken us so far. I invite you to share our journey now by joining our blog, Philip’s Corner.  It is our hope that you will support us through the trials & tribulations and celebrate with us through the triumphs.  Please feel free to share your own thoughts, words and experiences, as our family embarks on this life-saving mission.